Full Name
Matt Payton
Job Title
CEO
Company
Radiocentre
Speaker Bio
As Radiocentre’s CEO, Matt has responsibility for leading commercial radio’s engagement with Government, regulators and political stakeholders, as well as overseeing the sector’s joint marketing and research activities with advertisers and agencies.
Matt joined Radiocentre in 2009 and held leadership roles in Policy and External Affairs before being named Chief Operating Officer in 2021 and Chief Executive in 2022. Matt has overseen many areas of policy, strategy and public affairs for the organisation, securing more operational freedom for commercial radio, showcasing its public service role and overseeing the industry response to Covid-19. He has also been at the forefront of developing industry policy on the BBC and led negotiations on music licensing.
In 2019 he was appointed to the non-exec role of Secretary General of the Association of European Radio and is a board member of the Broadcast Committee of Advertising Practice. Prior to joining Radiocentre, Matt worked for several membership organisations and trade bodies, as well as in government and parliament.
Speaking At
Securing radio accessibility in a tech-filled future 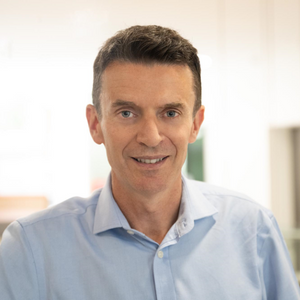